Today was a good day, at least for the group that went towards Prescott.

We met up with Bobby’s group, Sonoran Desert Wheelers, in Bagdad, AZ, they had a huge turn out of Jeeps and other various rigs. We had a handful of Zuks of Arizona members, between me, Curtis, James, Jim Kawa(in a jeep), Steve and Roz and Brian in Jim’s former Samurai.

We got up to the Black Pearl Mine fairly quickly, it maybe took us an hour from Bagdad. Majority of the way was as smooth as butter with the last part being pretty washed out, but you could pick and choose your line between somewhat hard and pretty easy. I was surprised how well my grand vitara did considering it doesn’t have a locker. We got to the mine, had lunch, I got sunburned to hell, and a couple of hours later we headed out. 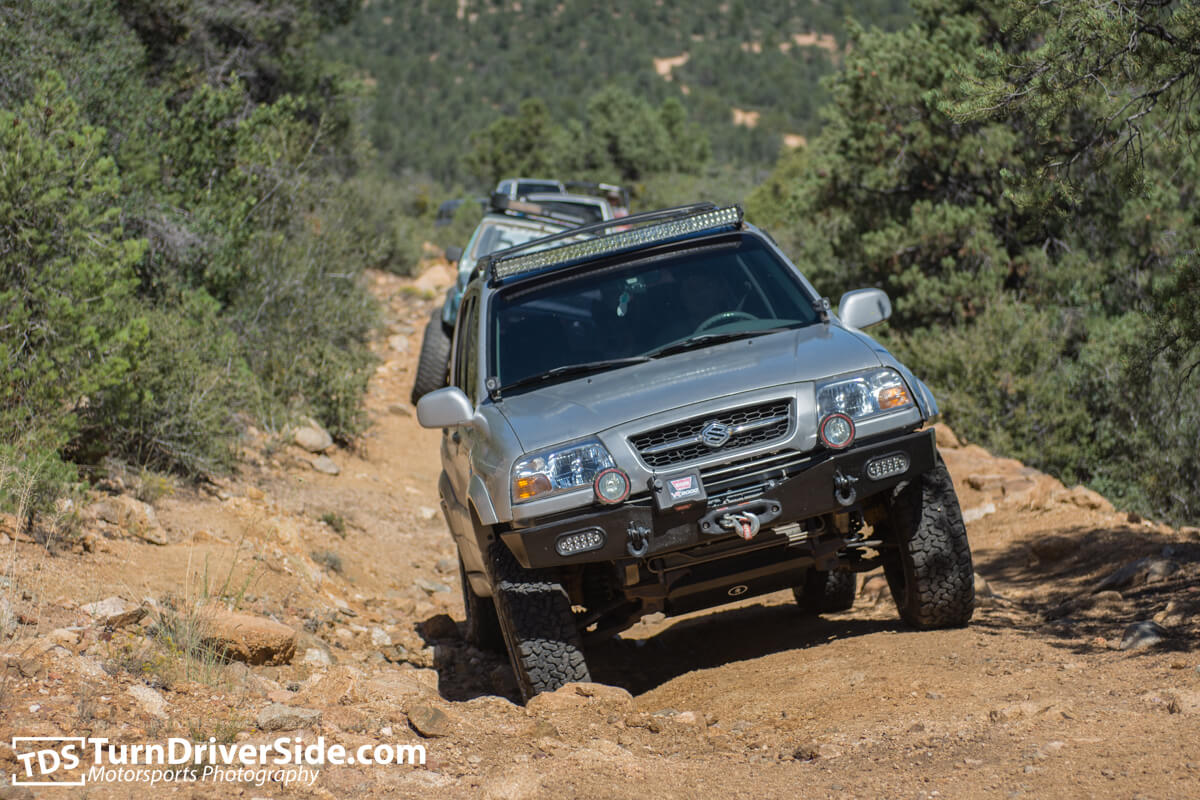 Forest Road 68 was in a great shape most of the way. It started out a bit rough, it was probably the worst right around Srotjost Flat, but smoothed out shortly thereafter.

Some of the best scenery I saw all day was probably around the Yolo Ranch Airport, the trees were as tall and thick as in the white mountains, even though we were just an hour outside of Bagdad.

The forest continued to be pretty thick most of the way towards Williamson Valley. The forest started to thin as soon as we got past Camp Wood, and after the switchback turns it turned into a nice and smooth straight road. Definitely want to come back there and explore the camp wood area a bit more. Looking at a topo map of the Camp Wood area, it doesn’t like like there aren’t many places you can go without having the track back, but definitely worth exploring some more.

For all the pictures go to our gallery – https://www.turndriver.com/Off-Roading/Black-Pearl-Mine-Run/Edited-Pictures/

Looking forward to hearing how Bobby’s portion of the trail went.